River Whyless have released a beautiful new track titled "Motel 6", taken from their forthcoming new album Kindness, A Rebel. Penned by the band's Ryan O'Keefe, "Motel 6" was inspired by their experience of being a band on the road over the last decade and a sudden moment of realization.

"We were driving home from a tough supporting tour, we were broke, which wasn't uncommon. Halli had just moved to Oregon and we'd dropped her at a Motel 6 to spend the night before her morning flight. Watching her check into the motel as we pulled away felt like an ending. It was as if I removed a pair of tunnel vision goggles and could see the world and my life for the first time since we started this band. I felt incredibly small, fragile, irresponsible, foolish, at a loss for what to do next and very alone. The reality of what we had been trying to do for a decade came crashing down in an almost laughable way. We didn't talk about it and I don't know if anyone felt the same way but, at that moment, I changed. The funny thing is that a month later we had the most successful tour we've ever had." — Ryan O'Keefe, River Whyless

Kindness, A Rebel will be available everywhere on June 8 & is available now for pre-order as opaque white LP, CD, and digital download. All physical orders include an exclusive KAR flag enamel pin, as well as an immediate download of all three singles released so far.

The band have also announced another round of shows as part of their Summer headlining tour, including dates in Los Angeles @ Moroccan Lounge and NYC @ Bowery Ballroom. Check out the full list of upcoming tour dates & grab tickets at riverwhyless.com. 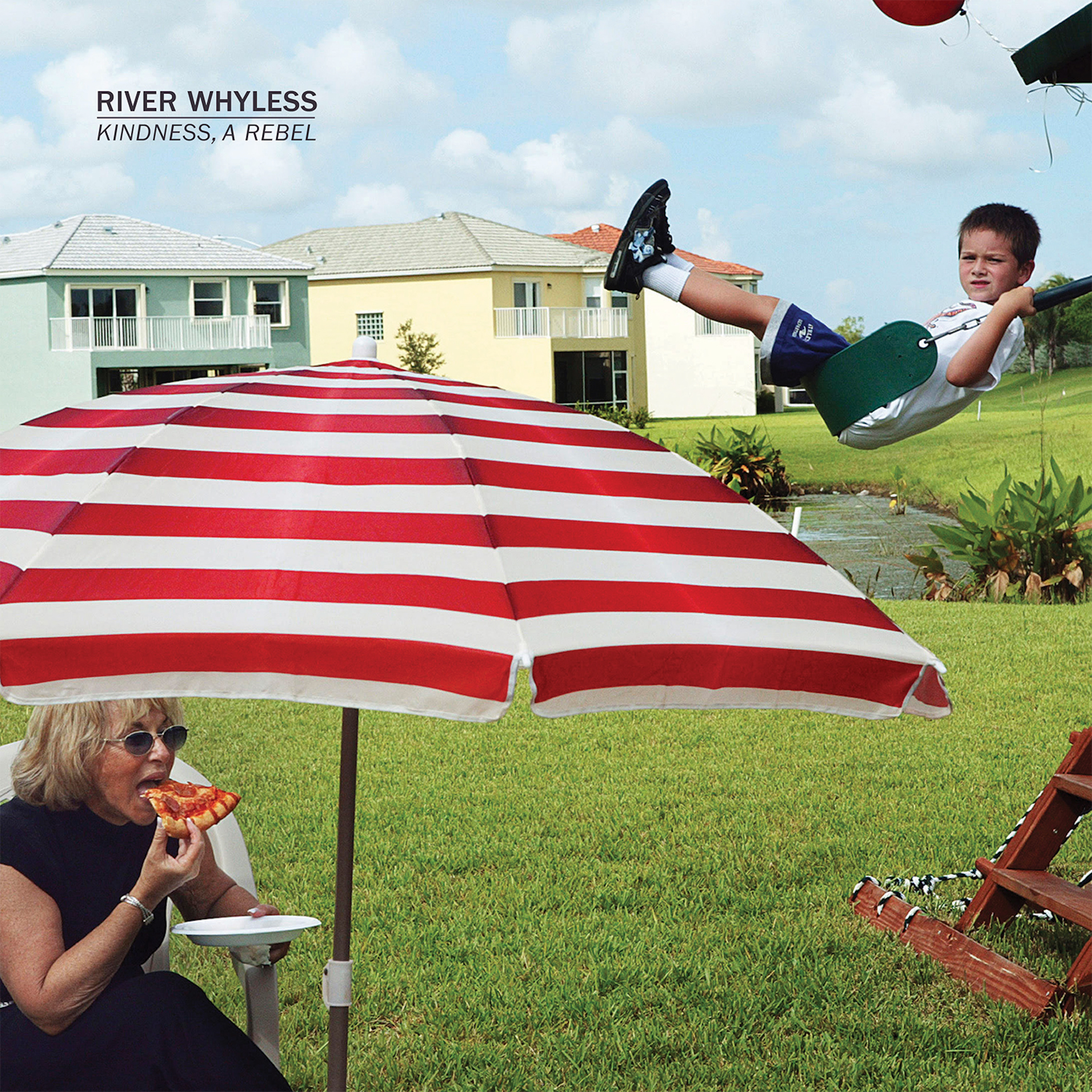